I’ve had a light week of training as I’ve been working at Battle Back…..but 24 marines and a royal visit hasn’t exactly made it relaxing! They were a great group of guys who were up for everything we’ve done this week so it’s been great fun….. then Prince Harry popped his head in to say hello on Thursday! He’s interested in the rehabilitation within the military so he came along and joined in our archery session….and endured a fair bit of stick from the guys! Fair play to him, he gave back as good as he got!:-) 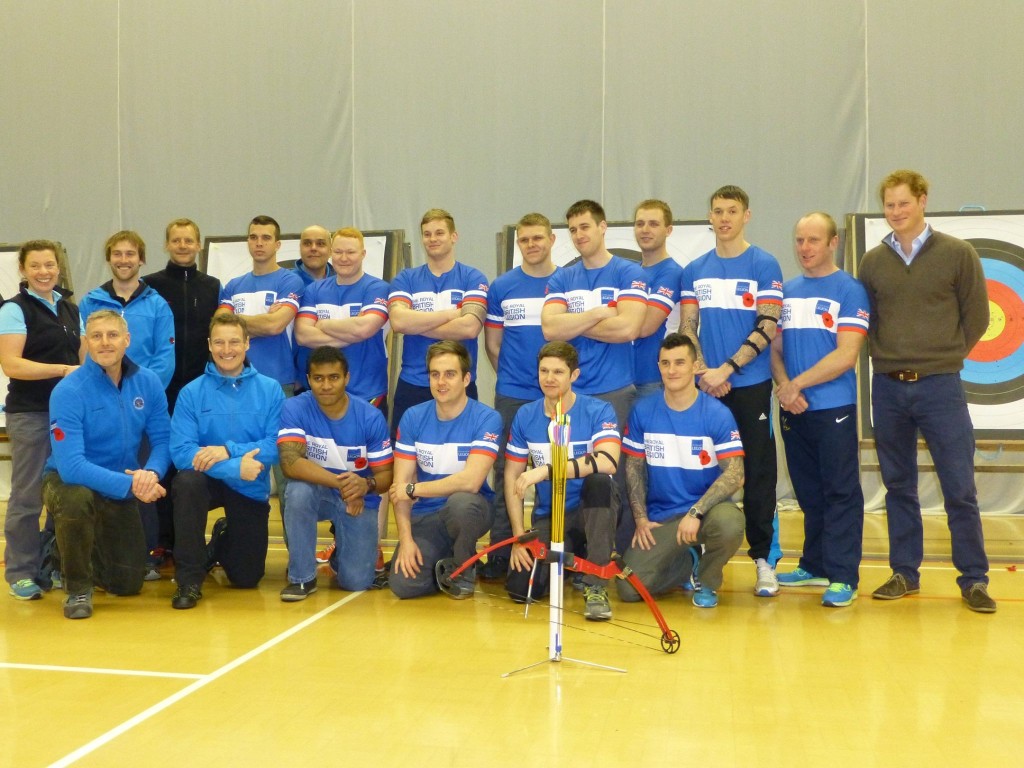 I’ve had my usual challenges fitting in training around everything else while I’m at Battle Back, but the good thing is it makes me so hungry to get stuck back into training on Monday. Fingers crossed for a productive week next week!

I’ve also got my first Athlete appearance next Saturday at a Young Leader Training Session at Shrewsbury Sports Village and I’m really looking forward to going along. Reaching young people and hopefully giving them a bit of motivation to get out there and believe in themselves is something that I’m incredibly passionate about, so it’s great to be getting involved with the programme. I am however slightly nervous…I’m just an ordinary kinda girl, and it feels a little bit weird (and somewhat daunting) to be going in this role. I’ve always been the one stood at the back, watching on as someone else talks about their story, dreaming of all the things I would love to get out there and achieve….and suddenly I’m that person out front. I see it as such an opportunity – but blimey, how quickly things change! I guess you never know what’s round the corner and when that one thing might come along that changes everything.

I’ve got a quote that I’ve stuck on my fridge door. It says “Hang in there, it’s astonishing how short a space of time it takes for amazing things to happen”.