This is an administrative office and no advice is available here. 03000 231 231 (admin only no advice available on this number)

Every Citizens Advice is a registered charity reliant on trained volunteers and funds to provide these vital services for local communities.

In Telford and Wrekin here you will find details of where to get help:

Visiting an Outreach Session Our outreach sessions work on an appointment only and drop-in service, dependent on the location.

We will give you a short interview so that we can identify the situation and the next steps necessary to provide you with the appropriate assistance. If we are able to offer you advice on the day, we will. If however your case requires further investigation or specialist advice, we may make an appointment for you to attend at the bureau in Wellington or to return to the outreach at another time.

The Zone is located on the park, Linden Way, Fairfields Estate TF9 1QT. There is a small car park outside the centre which is accessed from residential street Linden Way. Turn Right onto Linden Way and follow the road and The Zone is on the right hand side at the back of the Longland Primary School playing fields.

During these sessions Rachel leads participants through a series of enjoyable, gentle movements that stimulate the senses, improve mobility and socially engage the group. The session is mostly seated and includes a break for refreshments and a natter.

These sessions start at 2pm and have £2 on the door entry fee (Carers go FREE).

This is an activity for people living with dementia and memory loss and their families, friends and carers.

Event title: X-PERT Diabetes Programme-6 Weeks, Shrewsbury
Venue: The Lantern,Meadow Farm Drive, Harlescott, Shrewsbury, SY1 4NG
Weblink: https://www.shropscommunityhealth.nhs.uk/xpert#tocHeaderLoc2
Name: Shropshire Community Health Trust
Email: shropcom.shropshiredsn@nhs.net
Telephone: 01743 277693 / 01743 277694
Event description: The local X-PERT programme is a six-week group diabetes education programme. You will learn all about the up-to-date treatments and management of diabetes, and will have the opportunity to explore and address problems/issues that you may have with your diabetes.

You may remember that we were now one team member short, when Allan, my husband felt he could not face the heights.  Luckily, in his place, I was able to recruit a colleague from our local quiz team.  Steve was raring to go and volunteered to carry Maude.

October 6th, 2018, the big day, dawned wet, cold and miserable.  We had been checking the weather forecast all week and were not heartened by the impending rain.  At 0845 Steve and I were on the road.  With so many layers of clothing stashed in the boot, it looked as if we were going on a polar expedition.  We were asking ourselves if we’d made the wrong decision to get out of bed that morning.

A short detour into Shrewsbury ensured that we collected our supporter, Ruby (Chair of SDN).  We then settled in to the long journey to Blaenau Ffestiniog, where we would meet the other twenty mad individuals who were taking part.  The country around that part of the world is spectacular and the leaves turning red and gold enhanced the scenery.

We got to the centre far too early, so while we waited, we tried the local Welsh cakes with a pot of tea.  My mother used to make great Welsh cakes, but I think fear and trepidation heightened our taste buds that day.  They were gorgeous.

When everyone had arrived, we took lots of photos.  I had brought my digital recorder to ask people why they were doing the challenge before they set out, and to record comments afterwards.  The overwhelming sentiment was one of love for Jess and a desire to help her chosen charities. 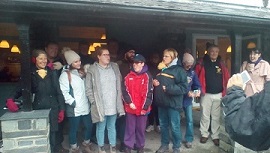 The following are some of the comments I recorded.

So, there we all were – keen to start but needing to wait until our time slot.  We paced around and took more photos.  We all knew we couldn’t back out now and everyone was encouraging everyone else. 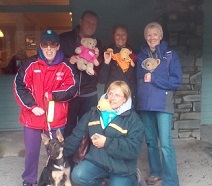 Join us for part 3 of this blog to find out what the Zip Wire Challenge was like.

By kind permission of The Churches Conservation Trust charities many charities including Shropshire Disability Network/Safe place Shropshire are able to raise cash for their well deserved cause by selling their cards. The Charity Card Shop is open at St. Mary’s Church, St Mary’s Place, Shrewsbury SY1 1EF from Monday to Saturday 10 am-4 pm until Wednesday 5th December. They will also be open on Sunday 2nd December this year as there is another event taking place at the Church.

If you have not visited the card shop yet, please do. You will find the largest selection of Charity Cards in Shropshire. 40 Charities are taking part this year, many are local branches of National Charities but there are small charities like ours that need value support by buying their cards. It is also a good opportunity for us to raise awareness of our work. There are also diaries and wrappings for sale. The shop is staffed by volunteers from each of the charities, this is organised by a small committee and they do an excellent job. We thank our members who have volunteered to help at the card shop this year.

This year we have introduced two new cards, designed by our own members. They are the winning designs of the Christmas Card Competition we held earlier this year. Carole Lawrence won the competition with an oil painting of a Robin. Sam Taylor was runner up with his entry of Branches in Snow. Packs cost £3.99 for 10 cards and envelopes.

Our Christmas Cards can be purchased from the Charity Card Shop at St. Mary’s Church, Shrewsbury. They will be available at our PRH Awareness Day on Thursday 29th November, Safe Place Table Top Sale at Edgmond Village Hall on Saturday 1st December, Alan Ward Charity Christmas Market on Saturday 8th and Sunday 9th December and at our meeting at The Movement Centre, Oswestry on Thursday 13th December.

Thank to to all who have supported our work by buying our cards. 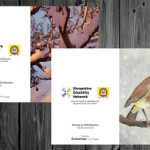 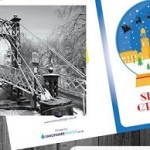 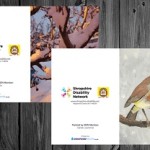 Shrewsbury United Reformed Church will be hosting ‘Disability and Jesus’, a group from the north east, who will lead an inclusive and accessible carol service. They very much look forward to welcoming you to share in this Celebration of the Birth of Christ.The church is accessible for wheelchair users and the following will form part of the service:
* BSL (British Sign-language)
* MAKATON
* LARGE PRINT
* BRAILLE
* CLEAR PRINT
* A quiet space

The service will be suitable for adults and children. Refreshments will be served.

If you are planning to bring a group of 10 or more, please let us know in advance.

If you have specific needs, or questions, do get in touch with Phil Ramsbotham
by email: pramsbotham.t21@btinternet.com or buy telephone: 01743 240465 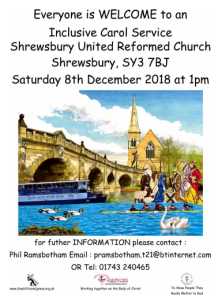 Please book a 45 minute appointment in advance. Please do not bring your child with autism to this appointment.

These sessions will also run on:

Booking Information: to book this event or for more information please contact the Helpline Team by calling 0121 450 7575 alternatively you can email info@autismwestmidlands.org.uk

This event is funded by Shropshire Council

Sessions are being held at this venue 9.30 to 12 noon on these two dates:

There are many other sessions being held in Shropshire, Telford and Wrekin in the coming months.

This is a 2 1/2 hour session which will answer key questions about self management ie: 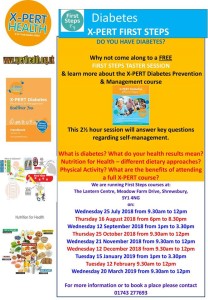 This course is FREE for people who use hearing aids. The course contains useful information on making the best use of your hearing aids, better access to services and equipment and advice and information. These progammes are rub by Shropshire RCC in conjunction with NHS Audiology.

Hearing Aid users are encouraged to bring a friend or family along, their place is also FREE.

Everyone in Shropshire who uses a NHS hearing aid is offered a free place on this informal and friendly course (there is a small charge for private hearing aid wearers), along with their carer/friend, or family member. The informal course will help you to make the most of wearing your hearing aid. We do encourage you to bring a family member, or friend, as the course will also be very relevant to them. All our tutors understand the challenges of living with hearing loss. If you would like to join us please ring us on 01743 342168/342163 or email us at Julie.stedman@shropshire-rcc.org.uk or Susann.mitchell@shropshire-rcc.org.uk