This month Healthwatch Shropshire’s “Hot Topic is Ophthalmology. If you have any comments for Healthwatch about the Opthalmology department at the hospital please contact them on 01743 237884 or enquiries@healthwatchshropshire.co.uk

This is an opportunity to comment on the good as well as the not so good experiences in order to feedback on what works & what doesn’t enabling improvements that to be made. It is so important that those using this service say what works for them as it is you that is affected most.

Healthwatch Shropshire have linked in with Shropshire library service who have “Tell Us leaflets” and post boxes in various libraries across the county. These provide you with another opportunity to get in touch and have your say. The boxes are emptied regularly by Healthwatch Shropshire & your views collected to ensure your voice is heard. Boxes can be found in the following locations.

Library at the Lantern

With just days to go before the Rio Paralympics begins, the English Federation of Disability (EFDS) Sports issued a press release at 9 am today (Wednesday 31st August) 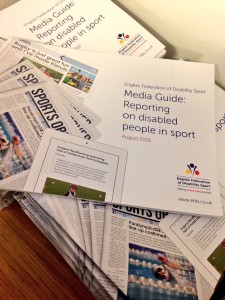 Why not leave us a comment below, SDN would be pleased to hear your views.

Ticket prices for the panto are as follows:

This year this year’s panto star is legendary comedian and entertainer Bernie Clifton!

While Bernie is most well known for his television appearances ‘riding’ Oswald the Ostrich, he is also known for his singing and is also an accomplished trombone player, having performed in the Beijing Olympics and in Las Vegas as a member of the Pukka Pies England Band.
James Shone of Shone Productions, producer and director of Sleeping Beauty, said: “We’re delighted to announce such a fantastic cast for this year’s panto at Oakengates Theatre @ The Place. Bernie is a true entertainer and we’re sure he’ll be a firm favourite with the audience at every single performance.

“He is supported by an amazing cast set to catch the imagination of the crowd, from the very youngest to the very oldest viewer, right from curtain up until the very end.

“Sleeping Beauty is a classic panto, and we’re excited to be bringing it to life, with the best laughs, scenery, costumes, effects and obligatory panto clichés, for the people of Telford and beyond.”

His most recent television appearance was on Channel 4’s ‘Celebrity First Dates’ last month which saw the star looking for, and potentially finding, love.

Tickets are on sale now and can be booked online at www.theplacetelford.com by calling the box office on 01952 382382, or in person at the theatre or Southwater One in Telford Town Centre.

All ticket purchases for shows at Oakengates Theatre @ The Place will be subject to a £2 non refundable administration fee per transaction.

The Inclusively Fit Project (which Shropshire Disability Network is a partner in) is welcoming clubs & groups within Shropshire, Telford & Wrekin to be part of the first Inclusive Sport and Activity Roadshow. This is  a week-long campaign that will celebrate opportunities to be active, regardless of background, age or ability.

The roadshow will take place during the week of Monday 19th September to Sunday 25th September 2016 and aims to enable local people to take part in a wide range of inclusive recreational activities right across the county through a series of open taster sessions provided by local groups, clubs and venues.

Coinciding with the end of the Rio 2016 Paralympic Games, the roadshow will bring an opportunity for many to engage with sport and activity at a local level.

To Register the Activity your Club or Group will host, click here: IAR Activity Registration Form

Shropshire Disability Network, will be bringing you news of events taking place during this special week

Event title: Inclusive Activity Roadshow
Venue: Various
Name: Jessica Lightwood-Shropshire Inclusively Fit Sports Officer
Email: inclusivelyfit@energizestw.org.uk
Telephone: 07958 318915
Event description: The Inclusively Fit Project is welcoming clubs and groups within Shropshire, Telford and Wrekin to be a part of the first Inclusive Sport and Activity Roadshow, a week-long campaign that will celebrate opportunities to be active, regardless of background, age or ability.

The roadshow will take place during the week of Monday 19th September to Sunday 25th September 2016 and aims to enable local people to take part in a wide range of inclusive recreational activities right across the county through a series of open taster sessions provided by local groups, clubs and venues.

Coinciding with the end of the Rio 2016 Paralympic Games, the roadshow will bring an opportunity for many to engage with sport and activity at a local level.

Event title: Shropshire Deaf & Hard of Hearing Forum
Venue: Trinity Centre, Meole Brace, Shrewsbury SY3 9HF
Name: Hugh Battersby
Email: hugh.battersby@gmail.com
Telephone: 01691 624669
Event description: At our meeting, we will welcome Darren McHale, head of Audiology Services at SaTH. He will be talking about balance issues and also give us an update on Any Qualified Provide and other developments in his department.

We will also be welcoming Andrew Bleach, technical officer with Shropshire Council, and well-known to many of us, will explain and update us on the advice, services and equipment available to hearing-impaired Shropshire residents. There will be an opportunity to look at various items of equipment during the refreshment break.

Lip Speaker
Shropshire Council have kindly agreed to fund a Lipspeaker for future Forum meetings. We appreciate that this service is vital to some of our members, but we do not expect that many will need it. We would therefore appreciate it if, in order to avoid a waste of scarce resources, anyone needing this service could advise me ( hugh.battersby@gmail.com or 01691 624669 ) say a fortnight before the meeting.

Rachel is on holiday from Friday 26th August until Tuesday 13th Sept. Steve Brown will be at the Oswestry SLOG on the 7th & Julie at the Ludlow SLOG on the 12th to make the teas etc. Rachel says “If you have any queries whilst I’m away please contact Julie on 01743 342168 or Julie.stedman@shropshire-rcc.org.uk up until 1st Sept and Daphne Simmons on 01743 342161 or daphne.simmons@shropshire-rcc.org.uk after the 1st Sept”.

Event title: Swallows & Amazons (Autism Friendly Screening)
Venue: Old Market Hall Cinema, The Square, Shrewsbury SY1 1LH
Name: Old Market Hall Cinema
Email: info@oldmarkethall.co.uk
Telephone: 01743 281281
Event description: This is an Autism Friendly screening of Swallows and Amazons, giving a more relaxed cinema experience. Unreserved seating Autism friendly -These are similar to usual screening, except we have the sound turned slightly down & the lights turned slightly up to create a calming atmosphere without taking anything away from the cinema experience. Guests are able to bring their own food & drinks & will be able to move around if they wish. 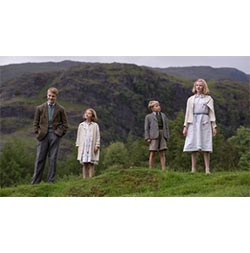 About this Screening: The breathtaking scenery of the Lake District is the backdrop to Arthur Ransome’s tale of childhood adventure and piracy. A group of quintessentially English school children take to the water and sail into a world of adventure, where friendships are formed and courage is put to the test.

Booking Details: In order to maintain exclusivity for our relaxed screenings, these are not currently available to book online, but can be booked by visiting the Old Market Hall or by contacting our Box Office on (01743) 281 281.

Event title: Effective Hearing Programme-Ludlow
Venue: St Peter’s Church, Henley Road, Ludlow SY8 1QZ
Name: Julie Stedman
Email: julie.stedman@shropshire-rcc.org.uk
Telephone: 01743 342163
Event description: Effective Hearing Programmes (EHP’s) are one day workshops to help you adjust to having a hearing impairment. Whether or not you wear a hearing aid, you are welcome to attend and we urge people to bring a family member or friend as the course will also be relevant to them. Some people find wearing a hearing aid very frustrating, and it can take them some time to feel comfortable and confident. Effective Hearing Programmes are a chance to share experiences, challenges and successes with others in similar situations. All our EHP tutors have personal experience of hearing loss.

Do you have a hearing loss and would like…

For information, advice and support in a friendly and relaxed atmosphere, (booking essential) Please call Julie Stedman 01743 342168 or email julie.stedman@shropshire-rcc.org.uk for more information or to book your place.