Please complete the survey below, if you are or have served in the British Armed forces and are hearing impaired or / and have tinnitus or any other hearing impairment issues:

Event title: SDN Information Stands and Collection at Morrisons Shrewsbury
Venue: Morrisons Supermarket, Whitchurch Road Shrewsbury, SY1 4DL
Weblink: www.shropshire-disability.net
Name: Ruby -Fundraising Lead
Email: admin@shropshire-disability.net
Telephone:
Event description: SDN are really pleased to be able to have our Information Stands at Morrisons, Shrewsbury and really appreciate the support given to us by the Management and staff for allowing this to happen. This opportunity is not just about raising money to fund our ongoing work of providing a website, newsletter, promotion and outreach of SDN, run a laser printer, pay insurance etc- and the list goes on and on, it is also about making people aware of Shropshire Disability Network.

We will have a selection of leaflets available and you will have opportunity to talk to us.We need and want to engage with our membership, spread the word about SDN to others who may benefit from knowing about us. We also need volunteers to help us man the stand throughout the day. If you feel you can help us, please call Ruby or email our admin@shropshire-disability.net email address.

No one will be left to be at the stand alone . We hope you will feel you can help us on the day but as a rota needs to be produced in advance please contact us as soon as you can.

If you can spare an hour or two it would help us. Many thanks

Event title: Annual Meeting of Telford MS Branch
Venue: The Salvation Army Hall, Lion Street, Oakengates, Telford Shropshire TF2 6AQ
Weblink: www.mssociety.org.uk/telford
Name: Sian Link
Email: sianlink@googlemail.com
Telephone: 01952 250038
Event description: Our Annual meeting provides a great opportunity to review the activities of the past year and to discuss branch matters and future plans. It is important that
as many members as possible come along so that everyone can feel involved.

The following posts will be elected/re-elected:

We are currently without a Branch Chair. This role is vital for the continuation of the success of the Branch – if you, or anyone you know would like more details of this valuable and rewarding role, please contact Sian Link.

All nominations and resolutions must be seconded and returned to me at 1 Clare Court, Harley Close,
Wellington ,Telford TF1 3LF by 3rd April 2014.
You may submit a pen portrait of no more than 200 words to support your nomination. You may submit a resolution address of no more than 200 words. Please use the form that can be found in our February/March newsletter, or send your resolutions/nominations via email to the address below.

Every individual who has paid their subscription up to date is entitled to vote in elections and on resolutions. Only those members whose subscriptions are current can stand for office.
If you are unable to attend the meeting and wish to vote, a postal voting form is obtainable
from me at the address above. Please send let me know of postal requests by 20th
March 2014.

The agenda for the Annual Meeting along with any nominations and pen portraits will be circulated to members prior to the meeting.

If any member wishes to see a copy of last year’s minutes, please contact me. Looking forward to welcoming many of you to this meeting.

Stands to include the Community Neurological Rehabilitation team (previously SET)

Refreshments will be available. There is no charge to attend this event.

Event title: Whitchurch Community Choir Join Wem Community Choir
Venue: St John’s Methodist Church, Whitchurch, SY13 1QT
Weblink: www.shropshiremegroup.org.uk
Name: Donna
Email: membership@shropshiremegroup.org.uk
Telephone: 01948 880679
Event description: This concert is in aid of Shropshire ME Group. If you are able to help and can arrive by 6.30 pm we would appreciate it. Or just come along and listen.

This is a great opportunity for you to support the work of the Shropshire ME Group. All proceeds will be used for the benefit of our group members including running costs.

We are looking forward to welcoming both Whitchurch and Wem Community Choirs. We promise for £8 (cost of each ticket) you will have a great night. We will have a raffle and want to thank those who have already offered raffle prizes. More raffle prizes welcome.

As part of our contribution towards the Care Quality Commission’s upcoming inspection of the out of hours provider Shropdoc, we want to hear your experiences of using the service.

If you have used the service in the past year, please download this questionnaire and return it to us.

Alternatively, you are welcome to contact us by phone, email or the website to tell us your experience.

The closing date for the questionnaire is 10th March, however, we are always keen to gather people’s experiences of using health and social care services and will continue to do so after this date as part of our ongoing work.

What is Safe Shropshire?

So what is this really all about and how can you help by becoming a Safe Place and/or promoting this among your colleagues, family and friends?

What are Safe Places?

How do they work?

What to do if someone comes in to your premises and shows you a Safe Places card:

How to Report Hate Crime?

Don’t report Hate Crime to Us,  please use 101 for non-emergency and 999 in case of an emergency. However, if you feel you can’t report it yourself, then send an email to us at: hatecrime@shropshire-disability.net so that we can act appropriately.

Click the links below to see lists of Safe Places in Shropshire:

You may also find this link useful http://www.telford.gov.uk/safeplaces

Libraries in Shropshire which are Safe Places:

You can also find information and links to resources here: 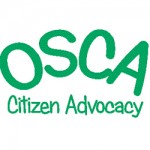 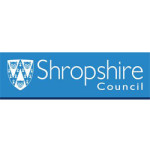 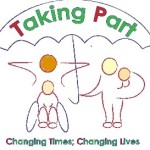 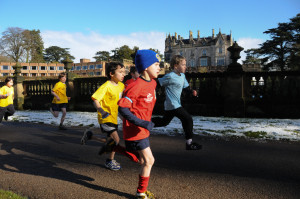 Over two days this week (Tuesday 11th and Wednesday 12th February), hundreds of young people from across the county braved the weather and came together to compete in the winter Shropshire Homes School Sport Festival, as part of Sainsbury’s School Games.

The Festival, now in its third year, brought 1400 primary and secondary school children from across the county to Lilleshall National Sports and Conferencing Centre where over 220 teams took part in 18 different sports competitions including Cross Country, Netball, Basketball, Volleyball and Gymnastics.

There were also a number of events specifically for students with a disability including, MLD/SLD Sportshall Athletics and Inclusive Rowing.

The two day Festival was the culmination of months of qualifying competitions which have been taking place in and between local schools throughout the county.  Lilleshall proved to be an ideal setting for the finals with young people being given the opportunity to utilise almost all of the world class facilities on site and experience two days of high quality sporting competition.

In addition to the hundreds of competitors, there were also 130 outstanding young leaders at Lilleshall who were key to making the Festival run smoothly at the qualifying events and over the two finals days. The young leaders took on a variety of different roles including team managers, officials and reporters.  An active Youth Forum also spent months helping to plan this event, putting into practice their ideas for running the county finals

“These two finals days and the qualifying competitions which take place in the months running up to them are a key part of the London 2012 Olympic and Paralympic Legacy, giving young people the opportunity to compete in a wide variety of sports.  The Festival has shown that there are some very determined and talented young sports people in the county and I hope that they continue to take part in their chosen sports after the Festival.  Well done to everyone who has taken part and congratulations to the winning areas.

On behalf of the Local Organising Committee I would like to thank everyone involved in the organisation of the primary and secondary School Sport Festival, particularly the young leaders because without their commitment and enthusiasm this event would not be possible. Our thanks also go to the performers who took part in the opening and closing ceremonies and to our inspiring GB athletes. Finally, thank you to Lilleshall NSCC and to our sponsor, Shropshire Homes, for their continued support for school sport in the local area.”

The next Shropshire Homes School Sport Festival will take place in July 2014.

Healthwatch Telford and Wrekin is the independent consumer champion for health and social care, set up in April 2013, to ensure that the people of Telford & Wrekin have a say in how their services are planned, paid for and delivered. Every Council will have an independent Healthwatch and we work closely with Healthwatch Shropshire to ensure patient needs are being met across the whole county.

We do this by talking to you, the patient, about your experience in a variety of ways such as:

We can then influence decision makers, with patient and service-user evidence, to ensure that the services we receive are patient-centred and really work for the people that use them.